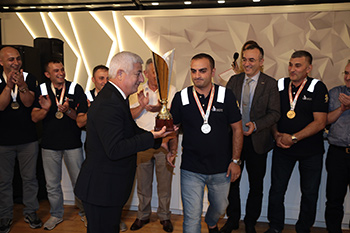 A great achievement from Çayeli Bakır: Çayeli Bakır, a Turkish underground mining company, returned from the Mining Rescue competition, organized for the first time by the Turkish Association of Miners, with five different awards. The competition, which was organized with the goal of improving Turkish mining, was participated in by the search and recovery teams of five different companies. The Çayeli Bakır team not only won first place with its general skills but also earned the title of “Best Underground Rescue Team”. 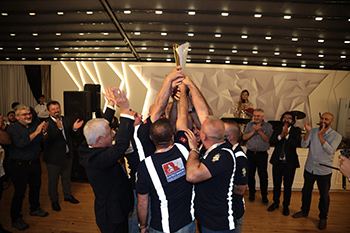 Turkey’s first mine rescue competition was organized by the Turkish Association of Miners in Izmir at the Tüprag Efemçukuru Gold Mine Operations on September 11-13. During the competition, in which adverse scenarios that could happen in mines were practiced, the employees of Turkey’s leading 5 mining companies shared their technical knowledge and showed their experience. The Çayeli Bakır team took first place with their general skills and technical proficiency while earning awards for “Best Underground Rescue Team”, “Best Team Safety”, “Best Vehicle Accident Rescue” and “Best Team Skills”. 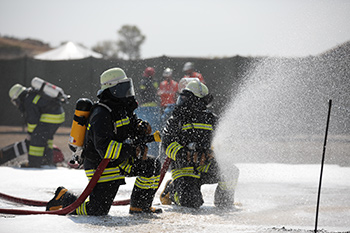 The General Manager Murat Güreşçi of Çayeli Bakır, a company whose culture of occupational health and safety has been embraced by the local community since the day of its establishment, evaluated the competition with the following words “We place great importance on and fully support organizations such as these as a way to share and spread the culture of safety we have built over the years with other miners in Turkey. In these events the main goal is not to compete but to prepare ourselves for possible national disasters and make sure we are technically compatible so that teams can work together in harmony. We also want to spread our culture of safety throughout the country to prevent the repeat of the tragic mining accidents that have occurred in Turkey in the past”.

The goal of mine rescue competitions that take place all over the world with both national and international participation is to encourage search and rescue teams working in different companies to get acquainted and share knowledge and to bring them to a level where they can work in coordination if the need should arise.