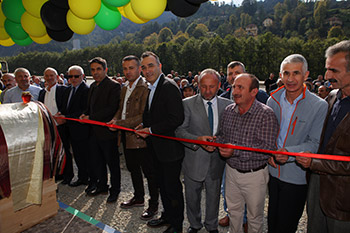 Büyükdere Valley Rural Development Co-op, carrying out their Apiculture Development Project works in a temporary settlement since its establishment, received a new building as a donation from Çayeli Bakır. The opening ceremony of the building was performed with participation of prominent regional authorities and co-op members. 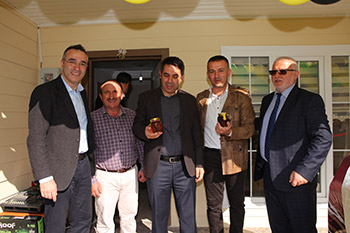 Büyükdere Valley Rural Development Co-op was established by beekeepers in 2017 in the scope of Apiculture Development Project supported by Çayeli Bakır. With this initiative, the beekeepers, conducting the sales and marketing activities in the region, took their first step in branding in Madenli district. Co-op, carrying out their Apiculture Development Project works in a temporary settlement since its establishment, will be running their business in the new building, provided with land assignment support from Madenli Municipality and Çayeli Bakır’s support in construction. 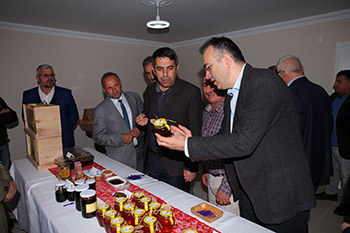 Since its initiation with support of Çayeli Bakır in 2014, 300 thousand USD was spent in the scope of Apiculture Development Project, providing assistance to 90 beekeepers. A distance of 46.7 thousand kilometers was covered to provide trainings to beekeepers on bee hive sites and highlands. Since the beginning of the project, the beekeepers produced 29 thousand kilograms of honey. With Apiculture Development Project, large increase in honey production occurred through the years. Before the project, the amount of honey produced in the scope of apiculture works was 2 thousand 520 kg. In 2018, the mount of honey produced increased to 8 thousand 830 kg, which is almost 3.5 times greater. Similarly, the rate of colony loss decreased from 64% to 5%. Due to large contribution of the project to the regional apiculture, the number of colonies increased to 1176. 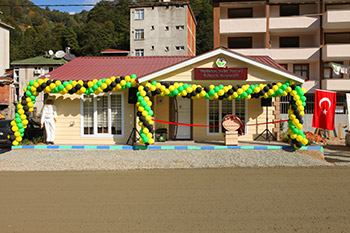 In his speech, Çayeli District Governor Mehmet Öztürk indicated that this project is very important for Madenli, stating the following: “The people of this region are very lucky, because Çayeli Bakır conducts many activities for the region and all of these are very comprehensive, well-though projects. I believe that the co-op will show effort in branding from now on. If there is anything we can contribute to, we are always ready to help.” Madenli Municipality Mayor Necip Yazıcı indicated that they have been working with Çayeli Bakır on this common project since 2014 and expressed his gratitude to the co-op manager and co-op members, as well as Çayeli Bakır for their support.

In his speech during the building opening ceremony, Çayeli Bakır General Manager Murat Güreşçi, stated the following: “Apiculture Development Project has greatly contributed to the development in the region. Now, with strong restructuring of Büyükdere Valley Rural Development Co-op, the beekeepers will continue to progress their activities. With this building that we donate today, we believe that they will be able to carry out their work in a more professional environment and will produce a national brand in apiculture from our region that will contribute to our economy”. Co-op Manager Hüseyin Çalışkan said the following: “As beekeepers, we are very happy with our new building. We once more express our gratitude to Madenli Municipality and Çayeli Bakır. We will continue to work more to make our very own honey into a brand”.