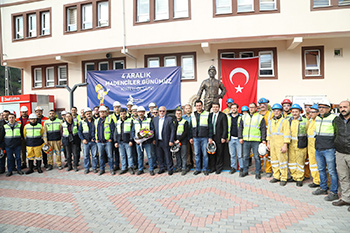 Çayeli Bakır İşletmeleri (CBI), one of the underground mining operations of Turkey, celebrated International Miners’ Day on 4 December, together with its employees and their families. The local community showed an interest in the event, which was held in Hilmi Yazıcı Park.

Çayeli Bakır İşletmeleri (CBI), came together with its employees and their families at an event which it had organised within the scope of the International Miners’ Day on 4 December. Non-government organisations and the local community also showed an interest in the event in Hilmi Yazıcı Park, the building of which is financed by CBI, in Madenli. Necip Yazıcı, the Mayor of the Municipality of Madenli, Hamza Saruhan, the Mayor of the Municipality of Büyükköy, Murat Mete, the Director of CBI Mines and Fatih Koç, the Director of Employee Relations at CBI, took part in the ceremony. 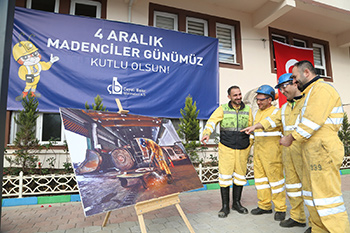 he celebrations began with the pride march of the miners, from CBI to Hilmi Yazıcı Park. After the families of the employees and the local community joined the ceremony, Miners’ Day was celebrated outdoors, with enthusiasm, accompanied by a barbecue and bagpipe concert. Murat Mete, the Director of CBI Mines, who came together with miners on International Miners’ Day, said, “As Cayeli Bakir, we congratulate the International Miners’ Day of all of our miners.” On the other hand, Ekrem Resul Yazıcı, a senior miner, said, “I would like to first of all congratulate the miners’ day of all miners, in particular my own colleagues. I am very happy and proud to be here today,” during the event. In addition to this, the exhibition comprised of the photographs of our employees, while at work, also gained great acclaim from among the participants. 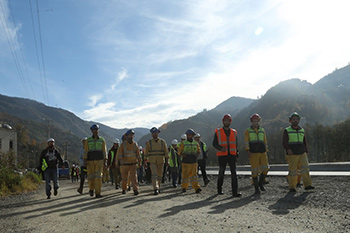 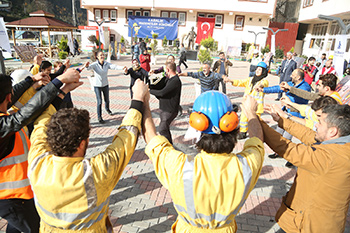