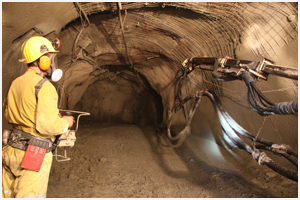 Çayeli Bakır İşletmeleri has been operating in the district of Çayeli and the town of Madenli in the Rize province since 1994. Çayeli Bakır, which produces copper and zinc ore, has the capacity to produce 1.1 million tons of ore annually. Providing about one third of Turkey’s copper mine demand, Çayeli Bakır ranks 39th among Turkey’s top taxpayers in 2016 with 83.1 million TL in taxes. As of 2016, the company is in the second place in the mining sector with 103 million dollars in export.